Another slap on the wrist for an animal killer by Judge Richard E. Andronici

A 19-year-old animal killer from Florence township was fined $750 for two charges related to the death of a puppy in October, the Burlington County SPCA Humane Police said.

Quintin Segars, a man from the Roebling section of town of south Jersey was also banned from ever owning an animal during a court appearance Monday, the humane police said in a statement.

Segars killed the dog named “Fiona” on Oct. 3, 2016, following a fight with his grandmother, who adopted her three days earlier, police said in a statement.

Segars killed his grandmother’s newly adopted seven-month-old puppy, “Fiona,” shortly after the pup was adopted. The Malti-poo mix puppy was allegedly killed in the midst of an argument between Segars and his grandma – the puppy is believed to have been ‘swung by the neck’ before dying. 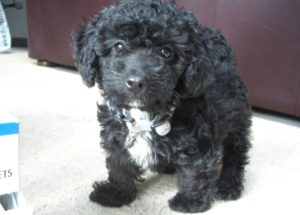 Florence Municipal Court Judge Richard E. Andronici who already has a bad reputation of abusing his powers, practicing law from the bench, sending people to jail for not paying fines and the list goes on, found Segars guilty on the charges and fined him $750 on each charge for a total of $1500 with NO Jail time.

A fine only Richard Andronici, Really? He needs to be institutionalized. Harming, torturing and killing small animals is a very bad sign. The literature on serial killers is filled with histories like that.

A special mental illness exists when someone can kill a puppy. That’s an act of uncontrollable rage. As others have said, I fear we will read this name again and the crime will be far worse.

What a disgrace of justice and a clear slap on the wrist for this 19 year old who is an ADULT and should be charged and punished like one.